So begins the freebies

As the summer kicks off, I find myself working on a client edit and the final edits of Future Past. And as I go over my editor's suggested changes, I find myself just as excited about the story as I was when I typed the first word in March of 2010.

In a couple of weeks, I'll begin the promotions leading up to the Future Past release date. For now, I'm going to give a bit of background on the stories I already have for free in my library. 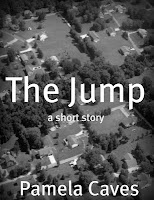 "The Jump" is a simple story yet one that holds a lot of meaning for me. It was my first published story. I was on top of the world when I received my payment of a contributor copy of the lit mag it was published in. It was 13 or 14 years ago and I can't remember what the thought process was that led to the story, but I remember thinking about how I would feel if I was near the end of my life, how I might respond if faced with such a difficult decision. This ebook is FREE on all sites. Click here to read an excerpt and find out where you can get your copy. 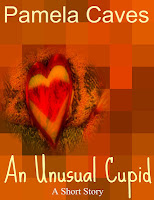 ﻿
"An Unusual Cupid" has been an unusual success and is probably one of the most sappy things I've ever written and probably the most downloaded with close to 4,000 downloads since its release. Mostly good reviews lace its product pages with the biggest complaint being that it is too short. Some have even expressed a desire for me to turn it into a novel. So what led to this unusual love story? I wanted to write a short and sweet, free Valentine story for my readers. I enjoy writing paranormal tales and occasionally, I am a bit of a romantic, so this story combined the two in a way that even I didn't see coming. Click here to read an excerpt and find out where you can get your free copy. 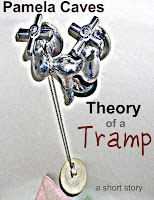 ﻿
And last but not least, "Theory of a Tramp" is one of my favorites. "Theory of a Tramp" wasn't just some epiphany that came to me in the middle of a dream. (And yes, I've had those.)  I was actively using brainstorming techniques to come up with a viable story.  I used a picture prompt.  I flipped through more than a dozen pictures until one spoke to me.  (See the pic below.) Looking at the pic, you see rust.  Apparently there was some water damage.  So my brain started churning.  What could've caused such a mess?  That led to an image of an over-flowing bathtub.  What if someone had drowned in that tub?  How did they drown and why?  One thought continued to lead to another until I had the premise of the story. One reviewer remarked that the story could have been an episode of "Alfred Hitchcock Presents" to which another reviewer agreed. Click here to read an excerpt and find out where you can get your free copy.
﻿ 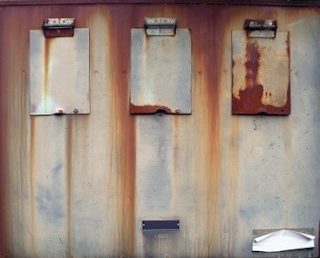 In the next couple of weeks, I'll begin lowering the prices on some of my titles as well as MAKING THEM FREE (for a limited time) at some point before the release of Future Past, so stay tuned.
Thank you for reading. It elates me to share my work with so many people.
Posted by Pam at 11:19 AM No comments:

Email ThisBlogThis!Share to TwitterShare to FacebookShare to Pinterest
Labels: an unusual cupid, announcements, Future Past, the jump, theory of a tramp
Newer Posts Older Posts Home
Subscribe to: Posts (Atom)
Pamela is a mom, writer, editor, designer, teacher, and lover of all things creative and unique.