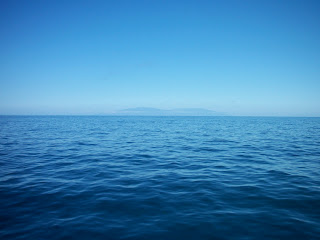 It's everyone's right, everyone who sees
The vastness of the oceans
The continuous widening of the sea

And this cycle they know they're keeping
Because it a dim future where the cruel waters
Are never, ever sleeping
Posted by Pam at 6:07 PM 1 comment:

Some updates and changes to my titles.

In gearing up for the release of my debut novel, The Influence, I've decided to do a major overhaul of my existing titles.  I've updated the covers for a couple of them but the most prominent change is my prices.

Because I would like to build more readership between now and my big release, I've lowered the prices of several pieces and made a few others free.

Some of my links on my home page may not work yet and some of the prices may not yet reflect the changes but they will soon.

I'm very excited about these changes. I know. It doesn't take much to make this nerd happy.

Peace, love, and download some of my work already,

Email ThisBlogThis!Share to TwitterShare to FacebookShare to Pinterest
Labels: miscellaneous, The Influence 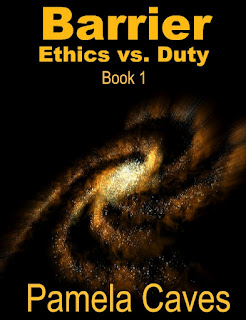 You can purchase Barrier: Duty vs. Ethics on Smashwords (several formats available), Amazon, Barnes and Noble, or search for it on your favorite site!

You can purchase Barrier: Duty vs. Ethics on Smashwords (several formats available), Amazon, Barnes and Noble, or search for it on your favorite site!

Like Barrier? Join the official Barrier site and get more information about the Barrier Universe, its worlds, races, and more!
Posted by Pam at 9:09 AM No comments:

Email ThisBlogThis!Share to TwitterShare to FacebookShare to Pinterest
Labels: Barrier 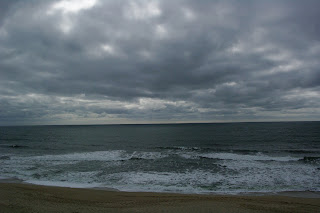 Dark of sky
Pure of heart
With eyes that ramble
Gouging the mark
The land goes on, far away
This place she sees
Surely will stay
But it moves through her mind
Leaving waves of uncertainty
And now she can't find
Where she was meant to be.
Posted by Pam at 9:30 AM 1 comment:

Heaven's gained a wonderful 5 year old. And he can probably see outer space. 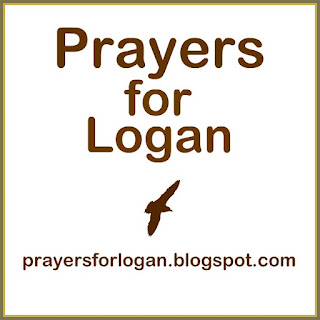 Quite some time ago, I created the little graphic above to help spread the blog of one of my writer pals across my many networks. Sherry is a beautiful woman whose writing draws you right in. If she's in pain, you feel it. If she's happy, you become happy. And as I've read the blog, I've realized that she is a far stronger woman than I; than most people I know, really. Her son, Logan, was diagnosed with a brain tumor a year and a half ago. The blog chronicled their experiences as Logan battled the disease.
Yesterday, Logan, age 5, passed on.
It was difficult for me to explain to my sons why Momma was sitting in front of the computer crying. They know about death in the sense that years ago, before they were ever born, their brother (age 2 at the time) was killed in a car accident. They know that their Nana (my mom) suddenly got sick and died (also before they were born; I was actually pregnant with my oldest at the time) and more recently, their aunt passed away. I was afraid they wouldn't understand and I was ready for the questions when I told them that Momma's work buddy (how I refer to my online co-workers) had a son who became very sick and has passed away.
"So he's in Heaven?" my oldest asked.
"Yes," I replied.
"I wonder if he can see outer space. That would be neat."
I remarked that he probably could. :) It's amazing how young childrens' minds work.
So it's Sherry's request that today, we do something fun in Logan's honor. That's what Logan was about, she stated on her blog; fun, laughter, dancing, and sunshine. So, sometime in between getting a client's book edit sent back, putting up laundry, and completing homework, I'm going to set aside some time to do something fun with my boys. I don't know what, just yet, but we'll definitely figure something out.
In the meantime, Sherry, my family's hearts, prayers, and thoughts are with you and your family. And Logan, I'm looking forward to meeting you in the next life.
Posted by Pam at 9:48 AM 1 comment:

Email ThisBlogThis!Share to TwitterShare to FacebookShare to Pinterest
Labels: miscellaneous 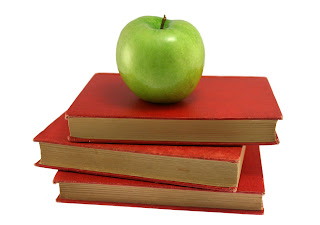 I wonder if anyone out there can relate to this theoretical scenario. Let's say you work at Company XYZ. You meet a guy at the store one day and the topic turns to your job. Come to find out, that person wants to work in the same field. You think that person would be perfect for the job and so you talk your way up the chain; you vouch for him, state your support for him and the guy is hired. You feel pretty good about it for awhile... until the guy says something that completely embarrasses the entire company. How do you feel after something like that? Embarrassed? Disappointed? Heart broken that the guy didn't live up to your expectations?

That's me. A couple of years ago, I publicly supported McGill on DeKalb Ramblings. I voted for him and urged hundreds of readers to vote for him, too. When I saw a story yesterday morning and realized the scope of how far the story stretched, I was shocked and embarrassed. Certainly he didn't mean what he said. But the audio was right there. There was no denying it and no recourse to say that it was out of context when it was right there in plain English.

If you haven't a clue what I'm talking about, click this, go read it, listen to the audio, and come back. Go on. I'll wait for ya.

I'm not gonna sit here and say that I got him elected. That's absurd. (And my ego isn't that big.) But I did put myself out on a limb by supporting him and now to have him insult an entire profession, a profession that I'm studying to get into, it's... well... embarrassing, disappointing, even a little heart breaking.

I've really tried to keep my opinion to a minimal. I had to do an objective run down of events for Examiner but I needed to do a commentary for Yahoo!News, too. Even still, I've been trying to keep my mind open. I still wanted to hear from him if only to gauge for myself what in the blue blazes he was thinking about when he said that.

But when I got home from classes last night, I read all the follow-ups and watched the interview on WAAY 31's website where he talked about balance and corruption and having quality teachers because of low pay but justifying a legislative raise he said he was going to do away with. I'm just kinda shaking my head about it all. Even if he responds to my messages, at this point, it's going to take a lot to convince me that he's working in the best interest of state education.

And you know what the kicker is? A lot of people are focusing on the separation of church and state issue he spoke of and ignoring his attitude about teachers and education. My head is freakin spinning.

You know, I think McGill is a fine person and I'm not going to fault him for his opinion. He has every right to it as much as you or I do. However, I don't think he represents my interests any longer. I feel that he is going to have to say or do something remarkable if he expects to get reelected. From all indications, and from every poll I've seen thus far, it just ain't gonna happen. (That's as southern as I'm going to get in my writing for today.)

Alabama is one of the poorest and least educated states in the U.S. Obviously, what Alabama has been doing with education hasn't been working. And here's my creative metaphor for the day:

When the side of a house cracks over and over, no matter how many times you patch it up, you know that something deeper is wrong. The foundation is off balance and needs repair. It takes a lot of effort and more work to repair a foundation than it does to patch up a crack. But in the long run, if you repair the foundation, you'll be saving lots of time and money that you would've spent continuing to patch the side of the house.

THAT's our education in this state. Our state leaders keep throwing money here and there to patch the cracks in the side of the state. They don't realize that in order to properly repair our state, we need to go in and repair the foundation of the state. That foundation is our public education. Those kids can grow up knowing how to live on their own, knowing how to hold a job, knowing how to start a business, knowing how to become responsible state (and national) leaders. Without education, we have no future for Alabama. People who want better for their children will leave. Businesses will leave or not even come here to start with. Teachers who want more out of life than continuing to struggle to pay student loans and other bills will go to states that pay competitively.

And you know what? It's already happened. I know a wonderful Christian teacher who decided to teach elsewhere because she couldn't get the pay here that she could out-of-state. That doesn't mean she's "low quality" or "not called" or just after a paycheck. It's highly insulting to suggest otherwise. She wanted a better life; one that she couldn't get here. There's nothing wrong with wanting or striving for a better life, and it's certainly not against any Biblical principle that I've ever heard.

It's not about religion or balance. It's about investing in Alabama's future. It's about our state leaders having the right attitude toward education.

I can write about it all I want and it's not going to make a difference, though. Voters are going to have to care and stand together. It sounds corny but look what protesting did to halt SOPA. Alabamians do have it within themselves to demand better. They just need to speak up.

Peace, love, and thinking before speaking,