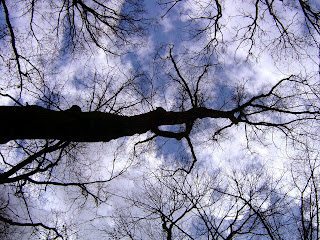 Someday I'll see light
Over the mute I see today
But just for a while
Let me stay
Posted by Pam at 9:56 AM No comments:

Sad over the loss of Jr Garmany

Today my heart is heavy. I learned yesterday that my boss and friend, Jr Garmany passed away. He'd had some health problems but this was a shock to us all. Let me tell you a little about this man, who was a prominent figure in Fyffe and DeKalb.

Update: Visitation for Junior Garmany will be at the WT Wilson Funeral Home in Shiloh (between Rainsville and Fyffe on Hwy 75) on Saturday 3 - 8pm and funeral will be Sunday at 2pm.

Jr Garmany was a name I grew up knowing. He was a friend of my grandfather and the former police chief of Fyffe. I actually first met him last year when we both ran for Fyffe council. He, like me, saw a need for Fyffe and stepped up to try to do something about it. Though we both lost the election (him by a very narrow margin), it is commendable to have the courage to stand up and try to do what one thinks is right, which is just the kind of person he was.

After, I saw the need for a steady job. As any writer knows, writing doesn't always equal a steady paycheck. The many things I do is always scattered when it comes to pay so when I found out that the Shop and Go was hiring, I put in for the job, having had extensive c-store experience. I was hired and as the store owner, Jr became my boss.

Over the last year, my schedule hasn't always been the easiest to work around. Robbie, our store manager, has been such a wonderful blessing in that she understands that I need time for school, my family, and my writing. When I found myself in a bind several months ago, I approached Jr about bringing my boys with me to work to cover the gap between when I went in and my husband got off to come get them. He gave the go ahead to see if it would work out and has since spent a lot of time sitting at one of the dining booths with my boys listening to their chatter about anything from Momma's personal fears to Ninja Turtles. "I'm learning more than I want to know about you, Pam," he said to me laughing after my boys spilled our family details one afternoon. There are very few bosses that would allow a struggling mother to bring her children to work.

There was a time when I was first hired that Jr would come in the store and call me "Pat". I wasn't going to correct him. I thought it was humorous. It was only after another friend, Wade Murdock, yelled at him about getting my name right did he start calling me by my real name. And that's something else I can't help but smile about; the way Wade and Jr talked to each other was the way competitive but loving brothers talked to one another. Wade isn't one to mince words. "Get your ass up outta that chair and get up here!" Wade would holler at him over the phone. Anytime Jr needed something, though, Wade was there.  And the little things I'll miss; Jr would call me every Friday night to get the local football scores and chide me almost every day I worked to turn off the middle row of lights in the store to save on the electric bill.

We were talking one day about running for council again. He asked me if I'd run and I told him I didn't know. I told him I might have to get a teaching job out of state because I wasn't sure about the availability of jobs in the area. "Naw," he said with a dismissing wave of his hand. "You can work here."

"Why, sure," I said sarcastically. "Go to school for four years and still work at the Shop and Go."

"We'll hang your diploma up there in the window. I'll even put a little light on it," he said. It was nice to know that if I couldn't get a teaching job right away, I still had the store, even though I knew he was teasing me.

But what sticks out the most is the way he understood people. "People make mistakes," he once told me. "It doesn't mean they are bad people." He showed compassion where others might dismiss and that is the type of legacy that I can only hope to leave behind.

Everyone has their own way of grieving. Writing this out, letting those who might not have known him know what kind of person he was, is the only way I can deal with this grief right now. My prayers are with his family and other friends. He had many. He touched many lives. And I'm proud to say that he touched mine.

P.S. If you have a story about Jr, could you leave it in the comments below? I would love to read more about him.
Posted by Pam at 10:21 AM No comments:

Email ThisBlogThis!Share to TwitterShare to FacebookShare to Pinterest
Labels: local

I usually only do Facebook covers for authors but decided to veer off a little when I couldn't find a Halloween Facebook cover I liked. So here it is. Use it if you want, just don't alter it. Enjoy!

Cool! I got a shout out! 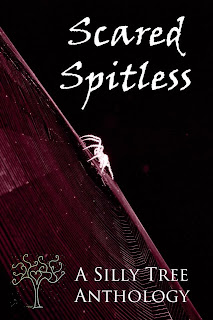 Real quick-like as I get started on a busy day of boring house work and school work...

I'm excited to share with you a little blog post thanking me for my editing services. I may sometimes ask for blurbs when I finish a project but I don't ask for anything else. I love it when I can make a client happy enough to give me a shout out like this.

Silly Tree Anthologies, a new indie publisher, secured my services for editing their first anthology. I'd never edited an anthology before so it was a challenge but a welcome one. I didn't ask them to do this and didn't even have to be mentioned at all, even on Amazon, where they've listed me as the editor. To read the nice post about  me, click the link below.

Thanks to our Wonderful Editor!

I should also mention, too, that the book itself, Scared Spitless, has some great, spooky stories in it, and it's just in time for Halloween!
Posted by Pam at 10:31 AM No comments: