Only one story of millions. One perspective of 9/11. 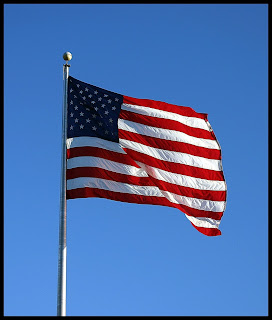 Sixteen years ago today, I married my ex-husband. Two years later, I had the day off and we were planning an excursion to Chattanooga to celebrate our anniversary. I emerged from the shower and my then-husband said, "A plane crashed into the Twin Towers."

At the time, I was young and uneducated. All I pretty much did in those days was work, come home, repeat. I didn't generally watch or listen to the news. So when my then-husband told me about the crash, I didn't even know what the Twin Towers were. My brain went somewhere that told me it was a horrible accident and nothing more.

On our drive, we listened to the radio. The news was talking about the crash and had indicated that another plane had crashed. And another at the Pentagon. I was trying to force myself to believe anything other than a terrorist attack. That stuff didn't happen in the United States. However, I knew that three planes crashing into structures within such a small time-frame couldn't be coincidence. But I couldn't, or maybe I was trying to refuse, to make sense of it.

As we muddled through an oddly sparse Chattanooga, I still couldn't bring myself to believe in that type of malice. The memory is hazy and maybe that's how I walked around that day: in a haze, listening to the scared whispers and murmurs of those around me. A older woman at the aquarium caught my eye after saying something about the attack (which I still couldn't process) and I remember the look of anxiousness upon her face as she searched around her for normalcy and comfort. I'm sure when she looked at me, instead of kind eyes and shared panic, she saw a confused young woman.

I began to accept that the United States had been the target of a horrendous attack. The death toll began to sink in and I flipped on the television that night to learn more about what had happened, to try and grasp the concept of what forever would be a changed world for myself and everyone in this nation. I saw footage of people in a country of which I can't remember the name. They were celebrating in their streets: whooping, smiling, laughing, cheering, dancing. The image of an old woman in a black dress and black scarf over her head pumped her fists in the air, and with a huge grin across her dark, wrinkled face, chanted enthusiastically in a language I didn't know. My heart fell and I sobbed as my world shifted. I didn't understand how she or those in that crowd--or anyone anywhere in the world--could be so happy over so many lost lives. I still don't understand.

When my students or children ask me hard questions about why some people do the horrible things they do, I can only shake my head and tell them I don't know. That's the answer I learned that day. I just don't know. I understand that people will exhibit behaviors that I don't understand. We can reason with ourselves and say, oh, it's the way they were raised, or they were betrayed and hurt by their parents or family, or they have a physiological or behavioral disorder, but it doesn't do anything to quell the sadness and loss, especially when so many people out there are bent on hurting others with a wave of people behind them ready to cheer them on.

But the flip-side to this is that I saw so many more people stepping up and binding together to rebuild, to comfort, and to give of themselves. What others do is beyond our control. What we can control is our reaction to what those others do. What I can do as an individual is try to maintain positivity in all aspects of my life. I can do for others. I can retain my empathy for those around me. I can love. I can help when I see a need.

That is the rest of the response I have when those hard questions come: I don't know what makes some people do the terrible things they do, but I can react in a positive way.