RIP, Tails. We love you.

Last August, we said goodbye to our little furbaby, Moxie. A couple of weeks later, we decided to adopt a kitty from the animal shelter. Little Tails practically tackled my youngest son the minute we walked into the cat room and made himself the center of attention in a room full of cuties. 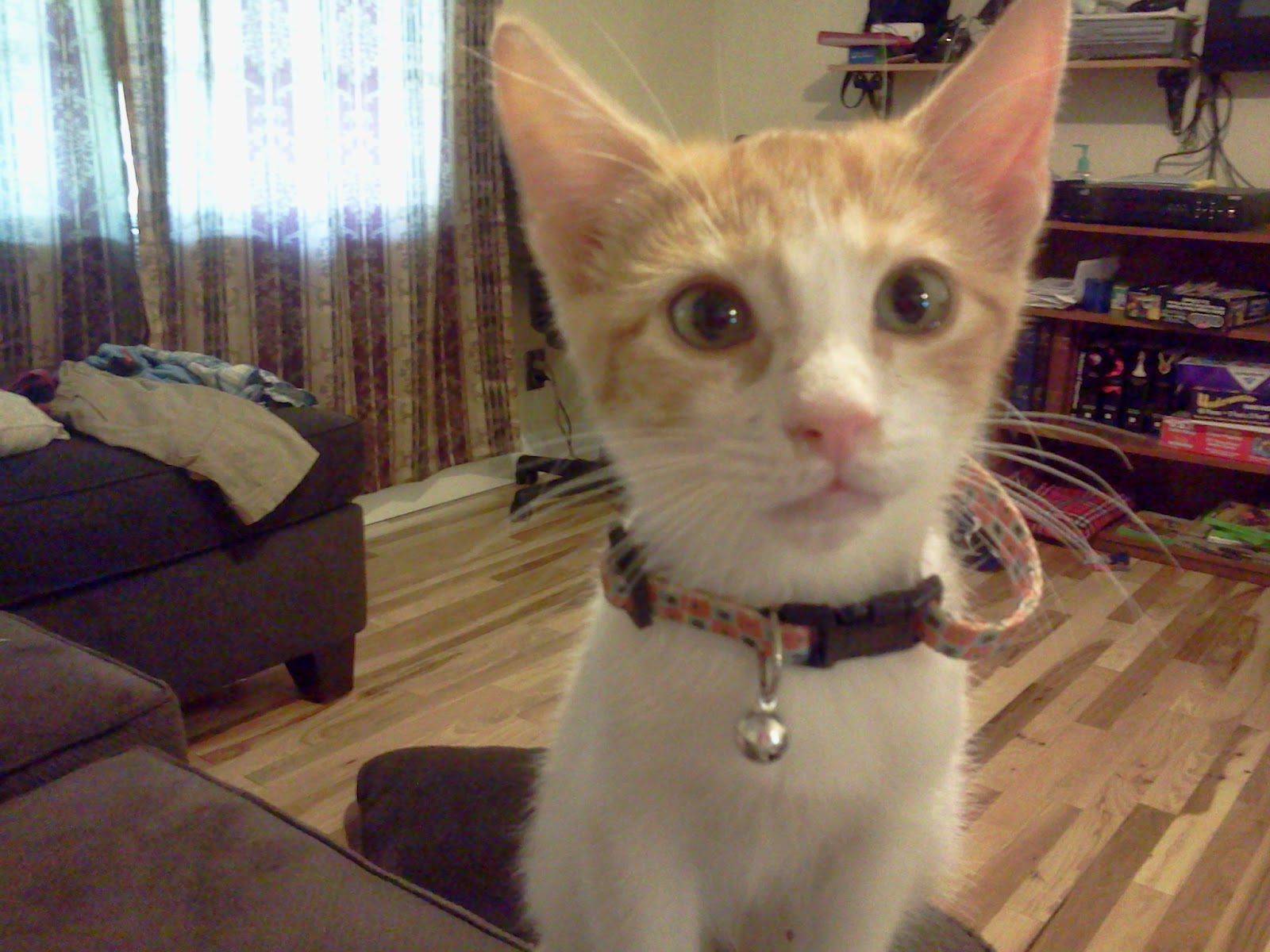 We named him Tails because my boys love playing Sonic and the kitten looked like the character of Tails. He was immediately accepting of us and easily one of the most loving cats I've ever known. 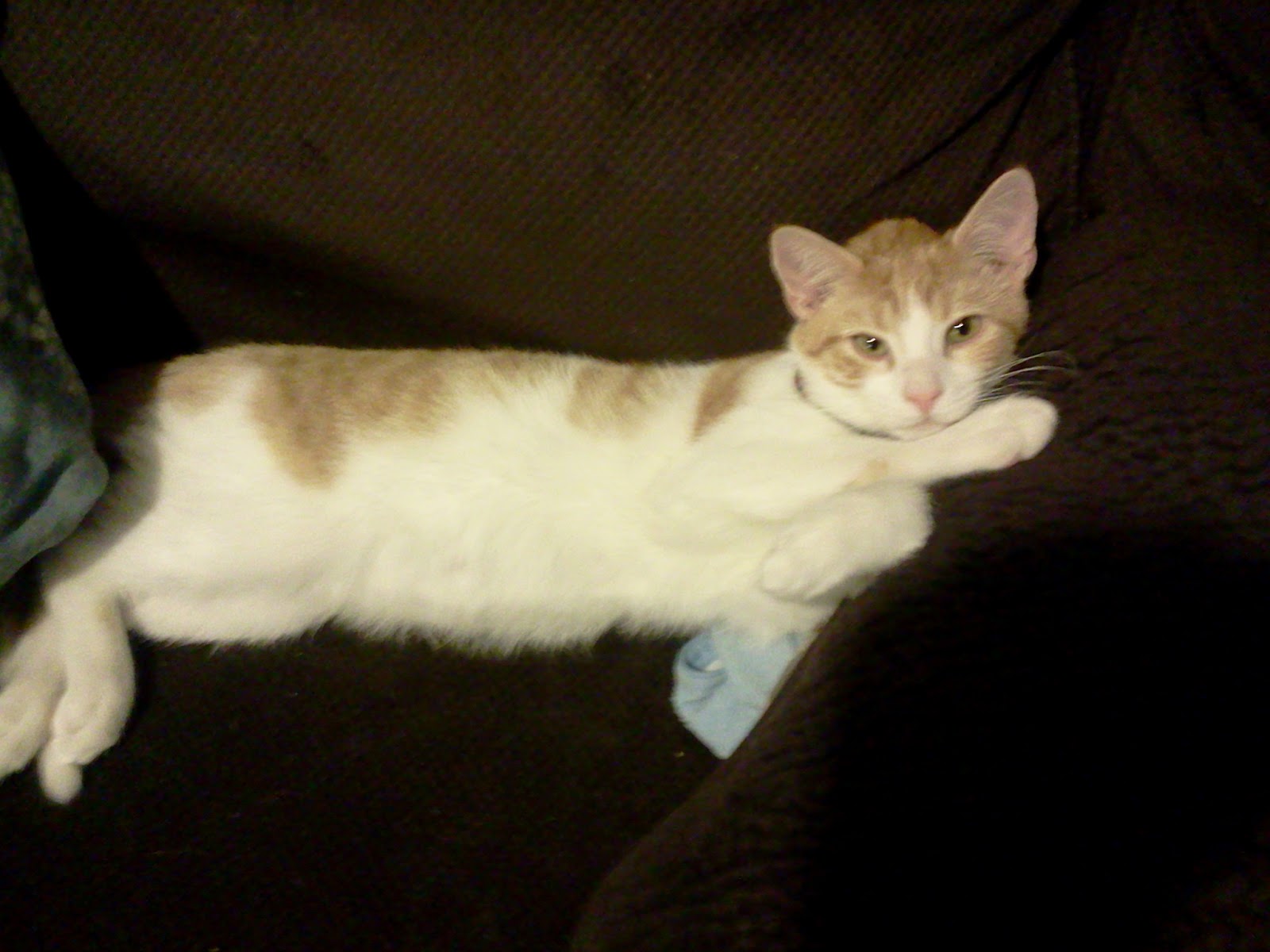 He had his quirks, too, like knocking over the garbage cans to see what goodies he could find, trying to steal the food directly from our plates, and getting into almost everything! He had a "thing" for toy mice and straws. He would even sneak up on us and steal the straws right out of our drinks! 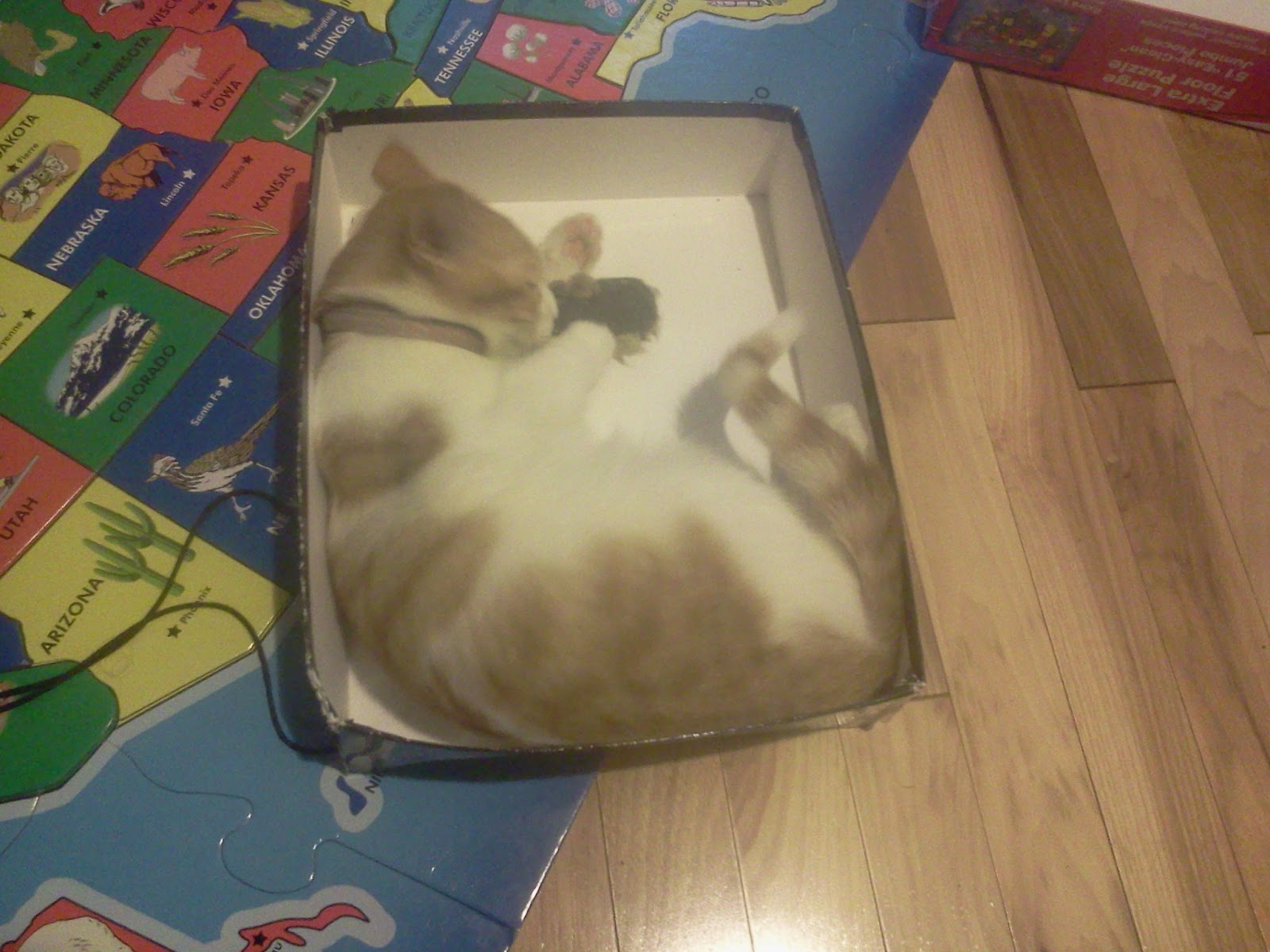 A couple of weeks ago, I noticed he wasn't eating like he should and he wasn't playing with us anymore. I noticed his coat looked kind of rugged but illness was the last thing on my mind, probably because I didn't even want to think about losing another furbaby. 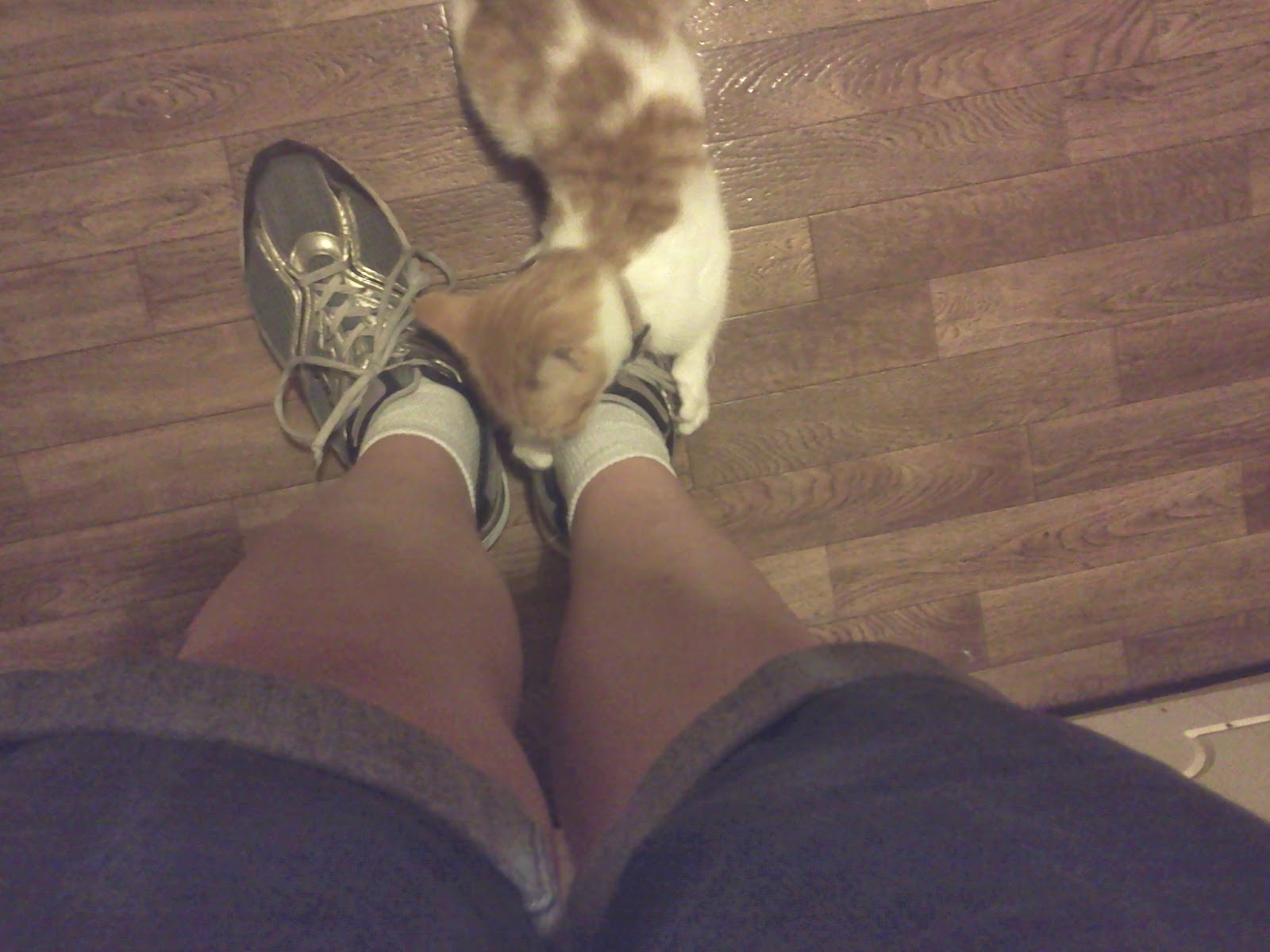 I took him to the vet and after some blood work, the vet determined that he had FIP, a feline virus of which there is no cure. He declined rapidly and passed away peacefully in his sleep yesterday afternoon. Another furbaby gone. The kids and I devastated yet again.

I read everything I could about FIP to verify what the vet had said. Tails had probably had the virus when we got him and when he became symptomatic, there was no hope. It wouldn't have mattered if I'd gotten him to the vet earlier; there was nothing more we, or the vet's office, could have done. They made him comfortable and before we had a chance to come say our goodbyes, he was gone.

He was very special and we were lucky to have had him for the short time we did. It hurts and it will hurt for a while.

We won't be getting another cat for a while. We have to make sure the virus is out of our house before we make another decision like that. Besides that, we want time to grieve. I appreciate everyone who has already offered condolences and those who prayed for his health before he passed. He will be missed. :(

Peace, love, and we won't forget you, sweet kitty,

P.S. Below is a video I shared a few months ago on my Facebook. It shows one of the reasons why Tails was so special.

Post by Pamela Gifford.
Posted by Pam at 2:36 PM